Missouri's Long Wait for Adult Use Cannabis Could End in 2022 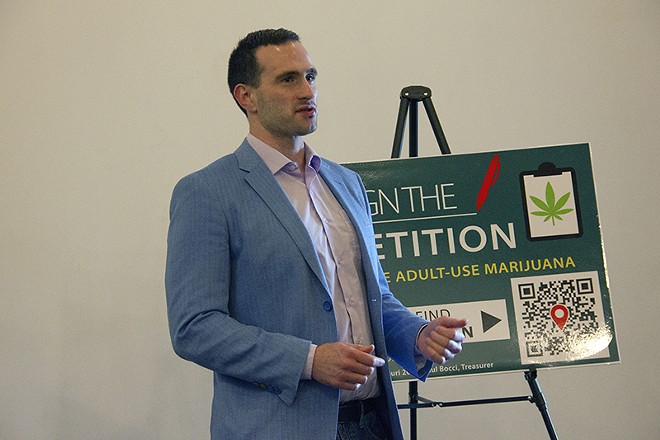 For the fourth time since 2016, Missouri voters are gearing up to consider the future of legalized marijuana. While previous attempts at "adult use" legalization have faltered, 2022 is shaping up to be the best chance for activists and consumers hoping to finally see the measure cross the finish line.

One of those activists is John Payne. The campaign manager for Legal Missouri 2022, Payne served a similar role for New Approach Missouri during its failed 2016 campaign, which barely missed the required number of signatures to make the ballot. In 2018, Payne and the group came to successfully place the "Amendment 2" medical marijuana initiative on the ballot, which ultimately was approved by voters in a landslide.


However, the group's follow-up effort — to place a recreational cannabis measure on the 2020 ballot — was grounded by the pandemic.

That winding path has now led Payne and the Legal Missouri campaign to their latest endeavor, which includes new provisions for "automatic" expungement and a lottery system for awarding licenses.
"It is finally time for Missouri to legalize and regulate the adult use of marijuana," Payne said during a December 2 event that marked the official launch of the signature-collection campaign.

It's an argument that Payne and other legalization proponents have made for years; during the press conference, Payne cited the 2018 success of the "Amendment 2" initiative as evidence that Missourians are ready to join nineteen other states in expanding legalization beyond medical needs.

But 2022 is not 2018. For one thing, Payne and other members of the 2018 campaign have spent the last three years or so raising their statuses as consultants in the medical cannabis field, becoming the face of the industry's establishment. Meanwhile, the state's cannabis licensing and regulation system has itself has been the subject of lawsuits and controversy over its application scoring system. There's also been steady criticism over the lack of minority participation and the apparent glut of wealthy license holders representing "vertically integrated" companies with out-of-state ownership.

In an interview after the press conference, Payne conceded that critics of Missouri's cannabis licensing system have legitimate grounds, noting, "I'm not going to stand here and say everything has gone absolutely perfectly." Still, he pointed to the fact that more than 160,000 Missourians have obtained their cannabis prescriptions as evidence the system is working — and, crucially for the upcoming campaign, that its popularity only seems to be increasing.

There are several components of Missouri's existing medical cannabis system that would change under the Legal Missouri proposal. Medical dispensaries will be allowed to convert to adult use facilities, and a new category of licenses would no longer be judged solely on a "points" system.

Among other items, Legal Missouri's adult use cannabis initiative would establish:
There's still a long way to go before the measure can come before Missouri voters. As with the previous cannabis legalization initiatives, Legal Missouri 2022 is counting on more than 170,000 residents to sign the initiative petition, and those voters will then need to come out on election day in November 2022.

There's also the matter of a second adult use cannabis initiative, called Fair Access Missouri, which is now collecting signatures for its own version of full cannabis legalization. If Fair Access succeeds in making it on the ballot, the result would be a similar setup to 2018, which featured a confusing array of competing cannabis proposals on the ballot.

On its website, Fair Access describes itself as "a grassroots coalition of activists, patient advocates and entrepreneurs" who are committed to an open market, low taxes and low barriers for entry. The group's mission statement asserts: "Missouri can't afford to expand the entrenched monopoly and reward the bureaucrats who mismanaged implementation of the medical market by letting them continue to regulate a new adult-use market."

However, Fair Access has a difficult path ahead, as it will likely take hundreds of thousands of dollars, even millions, to collect enough signatures for the ballot. So far, according to the most recent filings with the Missouri Ethics Commission, Fair Access has spent less than $100,000 on its cannabis campaign.