What's in the marijuana legalization petition in Missouri?

John at Legal MO 2022 | January 04, 2022
Legal MO 2022 outlines petition for possession, purchase, consumption and cultivation of marijuana for adults over 21 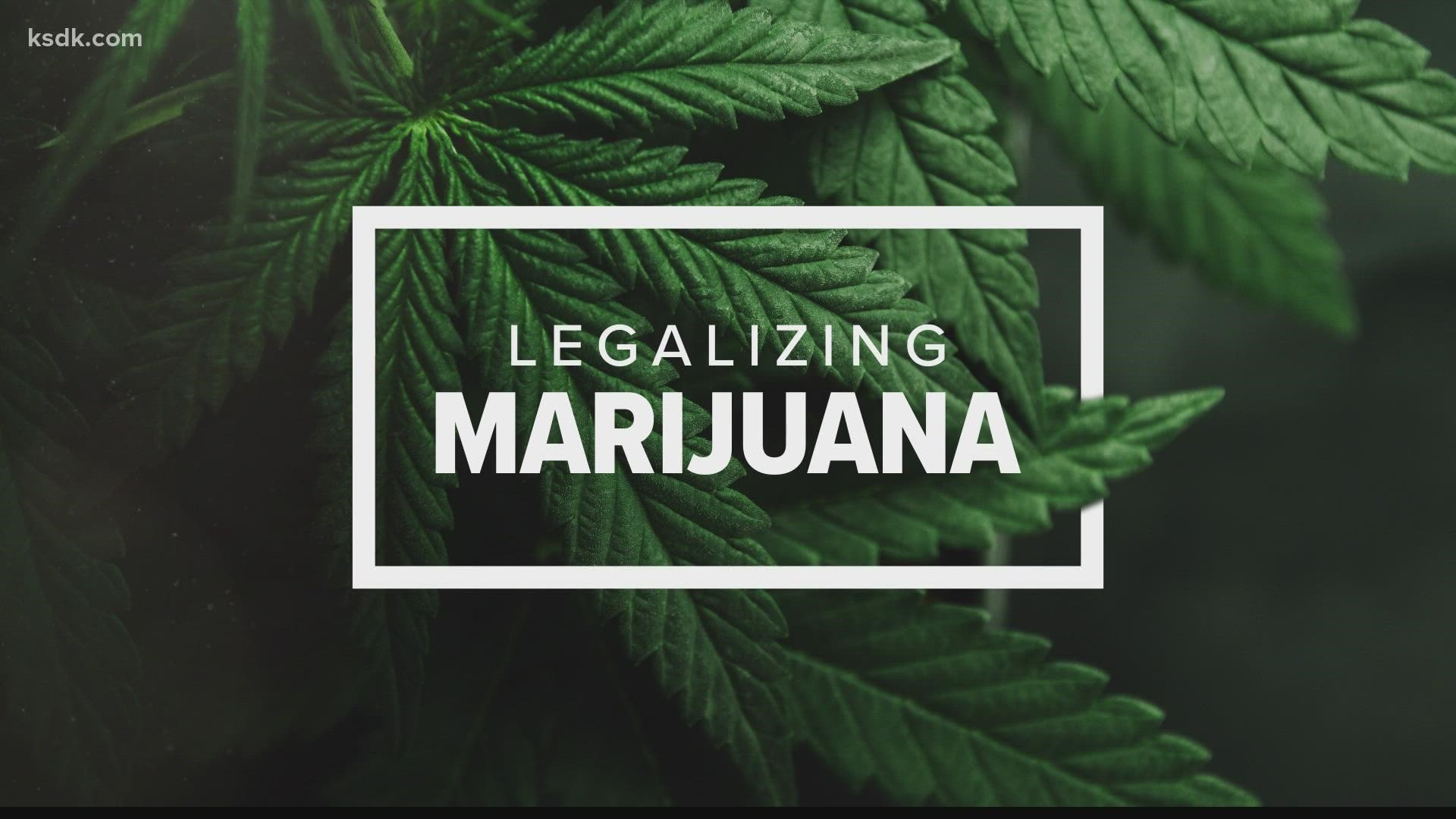 ST. LOUIS — A group hoping to rally voters around legalizing recreational marijuana in Missouri is ramping up efforts to get their initiative on next November's ballot.

The group, Legal Missouri 2022, highlighted key parts of their petition during a press conference Thursday morning. Their main objective: legalizing the possession, purchase, consumption and cultivation of marijuana for adults over 21.

Organizers and supporters of the petition are also pushing for criminal reform around some marijuana convictions.

Mallory Rusch is with Empower Missouri, an anti-poverty advocacy group and organizer of the criminal justice coalition.

"With marijuana already being legal for millions of Americans, it is completely nonsensical to continue to penalize and punish individuals for current or past use," Rusch said.

Rusch is encouraging the automatic expungement provision in the Legal Missouri 2022 petition. Importantly, she says the provision does not apply to everyone with a marijuana conviction: it would not erase convictions of offenses involving distribution to a minor or driving while under the influence of marijuana

Standing with Rusch is Adolphus Pruitt of the St. Louis NAACP.

"This initiative will address and be what we consider one of the largest single criminal justice reform efforts in the state's history," Pruitt said.

Citing a 2020 report from the ACLU, Pruitt emphasizes that marijuana reform isn't only a criminal justice issue, but a racial issue.

Pruitt adds that from 2010 to 2018, 50% of all drug arrests in Missouri were on low-level possession charges

"It is time that we legalize marijuana across the state and at the same time make sure that those folks that were impacted more than others have the opportunity to have their records expunged automatically."

Read the full article and watch the video here.